Is it just me or are the weeks going faster and faster? These past two weeks have been a blur of events and article writing.

Last Tuesday we went to the ‘Biba and Beyond: Barbara Hulanicki’ exhibition at Brighton Museum and Art Gallery and I wrote a review of it for my portfolio. My impression was that Biba was like the Abercrombie and Fitch of its day – the clothes were aimed at the young slender frame, and the stores were dimly lit with loud, thumping music. Only difference was that Biba didn’t cost an arm and a leg! 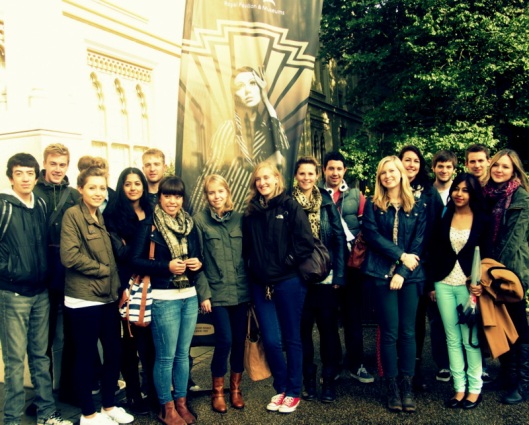 On Thursday we took a trip to the Magistrates’ Court! It was so bizarre being in the same room as potential criminals. It did seem to drag on a bit though – the magistrates liked to leave the room at lot to have a private chat and have a cup of coffee. We came back and wrote up the story – another one for the portfolio!

Teeline is getting very tricky indeed! We know how to join up most of the letters, including ‘f’ which is horrific, and we’re now learning shorthand prefixes and suffixes. 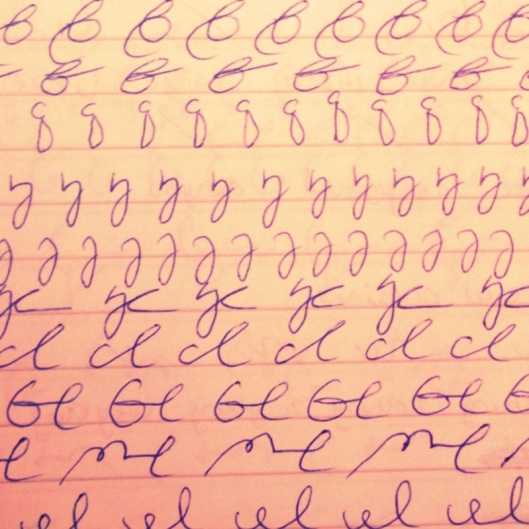 So many f words!

There’s so many little outlines to remember, and some are quite similar. I feel like my brain is becoming saturated with information. We’ve also been doing some unseen dictation and speed building to get us used to the exam format. If it wasn’t for Roxanne’s enthusiasm and Marie’s hilarious passages in the textbook, I don’t know how I would get through! Here’s a classic example from Marie involving youths causing havoc: 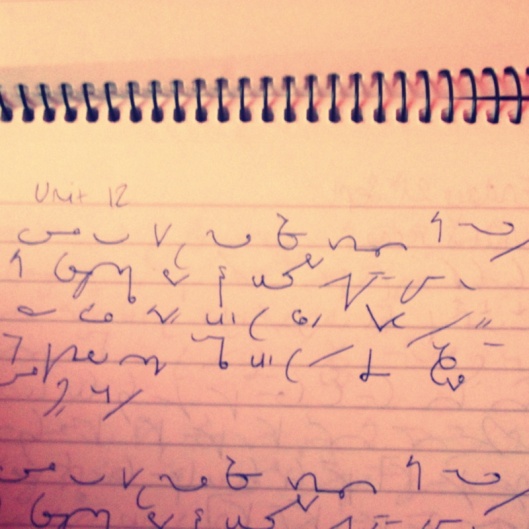 ‘Vandalism in the town’

As I’m thinking of doing my PA feature about drugs and alcohol in Brighton and whether the recovery services are working, I’ve been going to a lot of drug and alcohol related events. Last week I went to a talk from a doctor about the effects of alcohol, with an account from someone who had recovered from alcohol addiction.

Another night I went to a Brighton Chamber of Commence debate about whether the night time economy is affecting the Brighton Brand. Beforehand I spoke to some of the panelists and people from various companies in Brighton. The debate itself was very lively and I got a lot of insight into people’s opinions on alcohol as well as hen and stag parties in Brighton.

Last weekend I went along to the UK Recovery Walk which I reported on and got my first article on The Argus online! The atmosphere was amazing as I walked from Hove Lawns to Preston Park with thousands of people who had recovered from drug and alcohol addiction. I spoke to MP Caroline Lucas, the organisers, people from recovery services, and many people who had recovered. A truly inspirational day. 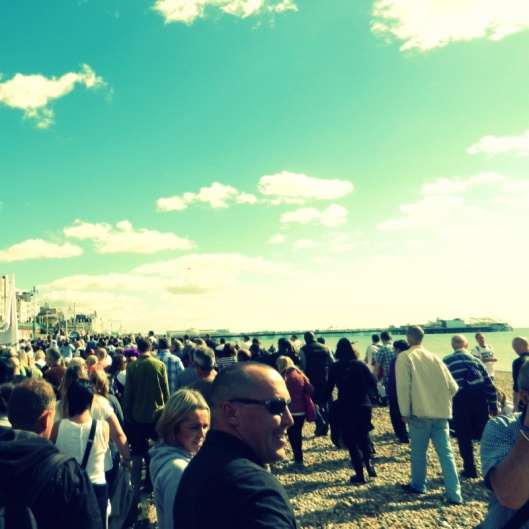 Okay, so this has nothing to do with my PA feature, but on the same day as the recovery walk I hopped on a train to London to see Michael McIntyre at the O2! I don’t think I’ve cried so much from laughter. He was absolutely hilarious, and as camp and posh as ever. So I decided to write another review to go in my portfolio – 4 articles in one week! 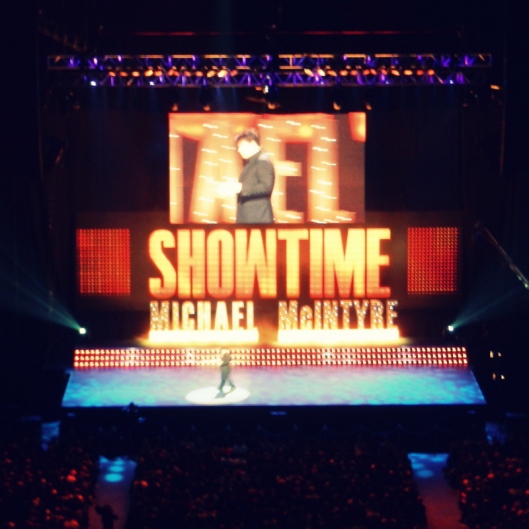 On Monday we met the famous blogger, Fleet Street Fox. She told us about her journey to Fleet Street and the painful truth about being a journalist. After thoroughly terrifying us she mentioned the benefits of journalism – you get front row seats to some of the best events, you know about things before anyone else, and you have the best stories to tell in the pub!

On Thursday we had another visit from Jon Jenkins. This time he told us how to source and write features as well as sell them on a freelance basis. Apparently freelancers can make between £5,000 and £30,000 a year part-time! He got us to do a bit of travel writing, as it’s the easiest to sell, so I wrote about Dubai and he said my intro was very good! We then wrote hypothetical interview questions for Jools Holland to write a celebrity feature (the second easiest kind to sell). He really inspired me to give freelancing a go.

So overall an extremely busy two weeks. Now I’ve got a few articles under my belt I really need to start thinking about my feature and PA feature. Oh and revising Media Law and PA… 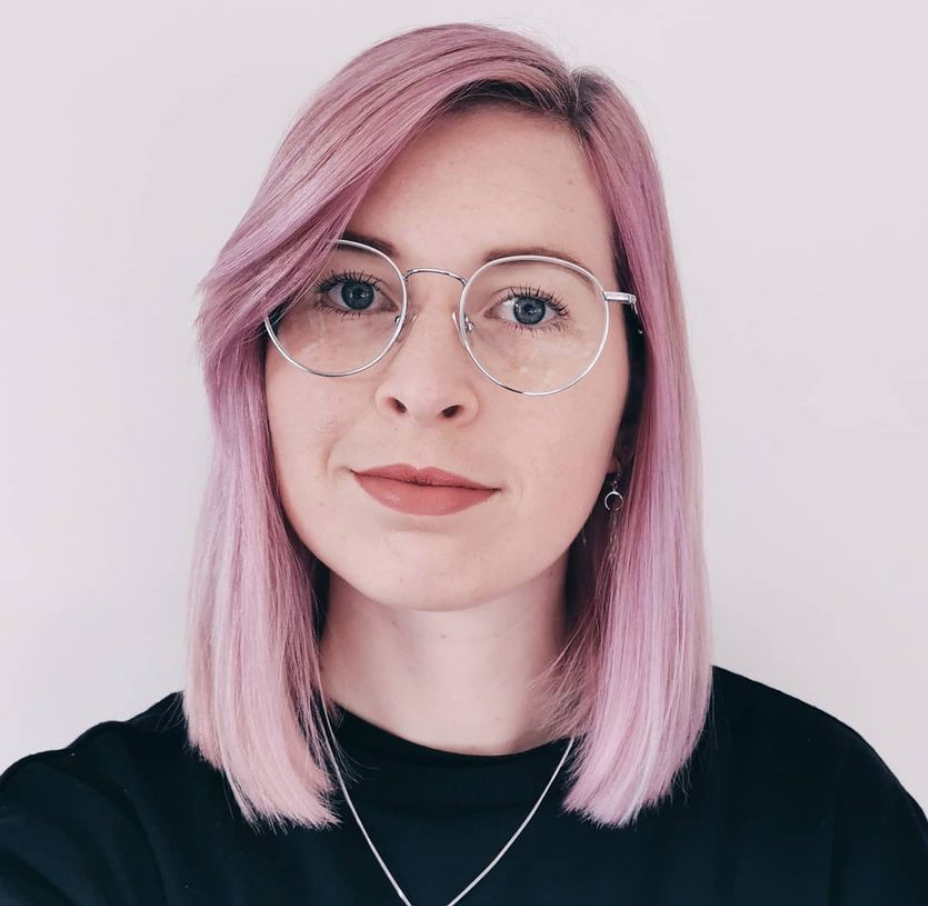