So around this time last year I made some New Year’s resolutions. Before I commit to making more, let’s see how I got on in 2013…

I did indeed complete my journalism diploma, with flying colours in fact as I achieved the Gold Standard (all A-C grades) – I was even one of the few to manage to get a B on the ridiculously difficult reporting exam. Boom.

I have a job! Doing well so far…So yes last October I got a call from Hogarth Worldwide saying I had a job as a proofreader. It’s been great fun. I’ve met lots of interesting people, had a few too many glasses of vino at the Christmas party and I’ve even been able to do a bit of copywriting on the side. I’m actually about to take on a 3 month copywriting project for one of their clients!

Urm, so about that. I think I could probably count on one hand the amount of times I went running last year. BUT after starting my job I now go spinning most weeks with my work mates (and spinning is way hard core). AND I found my perfect yoga class in Brighton at Revitalise so I go there most weeks…and I’m even looking into finding a yoga class in London for my lunch breaks. I ❤ YOGA. 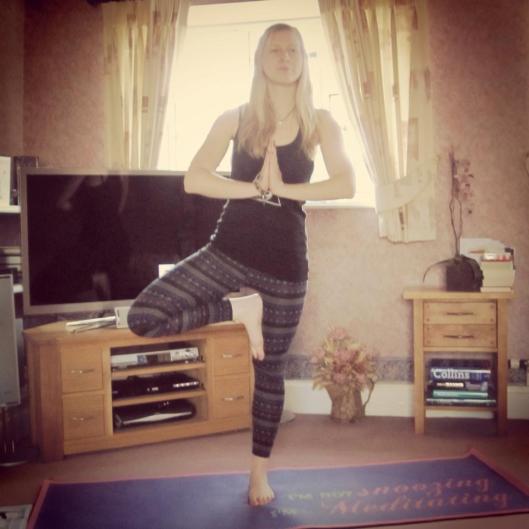 4) Train for the 5k Swimathon

I did train for the 5k Swimathon – so well in fact that I had to overtake everyone in my lane several times. I managed to swim the 200 lengths in about 2 hours. Not bad if I do say so myself.

5) Cut down on the French Fancies and McCoys

Okay, so I can’t resist the odd French Fancy here and there, but on the plus side I haven’t had a packet of McCoys in ages.

Hmm. So I may have a job now, but it always amazes me how quickly that money vanishes on rent, train fare, bills and food. This one will have to roll on to 2014…

8) Go somewhere exotic with money from (2)

Can you call Belgium exotic? Just look at it (see below). Yes we returned to Pukkelpop Festival once more for three days of great music, camping and very friendly Belgian men. Highlights were: Eminem, The Prodigy, The XX, Bonobo, Major Lazer, Zeds Dead, The Noisettes, Regina Spektor and Duke Dumont.

So all in all, an EPIC year and one that will be very hard to beat. Although I’ve already made three plans for 2014 with my boyfriend which should be awesome:

Anyway back to those New Year’s resolutions. Basically, as I have a very hectic lifestyle now what with commuting to London for work, I just want to make sure I do more of the things that make me happy. I want to:

Side note: I’ve decided to go dry for January for various reasons, however my boyfriend is currently brewing wine in our bathroom, so we’ll see how that pans out.